Strange Frequencies Discovered on the Radio Waves: Can You Make Sense of this Bizarre Recording?

The recording begins innocently enough, with classical music coming over the crackling airwaves. The happy tune doesn’t last long however, as the radio fades out into shrieking, whispering, chanting, and what sounds like meditation bells. It’s one of the creepiest audio snippets that I’ve ever heard. 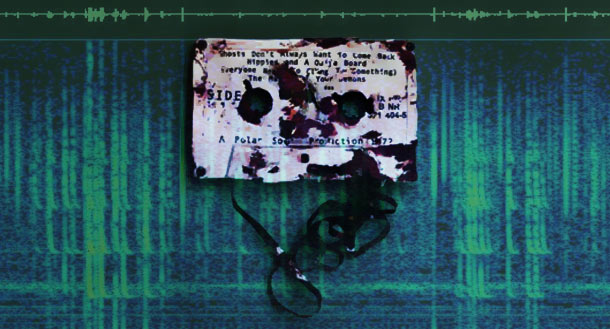 Not a whole lot of information about this strange recording exists, who recorded it, or what it’s authenticity is, but I stumbled upon this link some time ago and have been holding on to it in the hopes that I might be able to dig up some more information. Unfortunately, I haven’t been able to find out much of anything aside from the info offered by the original uploader, so I’m just going to go ahead and post what I’ve got and let you have a crack at it.

“Around 1995, I was about 15. I used to stay up late in my room listening to the radio on a boombox with an integrated tape recorder. I’d dial through the stations, and when I heard something interesting I’d hit record for a while, then move on.

One night, I came across this. I don’t think this was the beginning of the broadcast, but I caught a lot of it. Right at the end, an announcer says that the station I was tuned to was WKCR 89.9 New York. There are a bunch of names and dates in there, but…I’ve never run into anything else like this.”

The audio is entirely bizarre, and I have no way to validate whether it is a legitimate broadcast or a hoax, but one possible explanation is that the listener unwittingly tuned into a numbers station. Numbers stations, for those unaware, are radio stations that are widely believed to communicate with spy networks since as early as the first world war. Or, it could simply be a DJ having some fun. Or.. the clearest EVP I’ve ever heard.

Give the recording a listen below and let us know what you think about it.