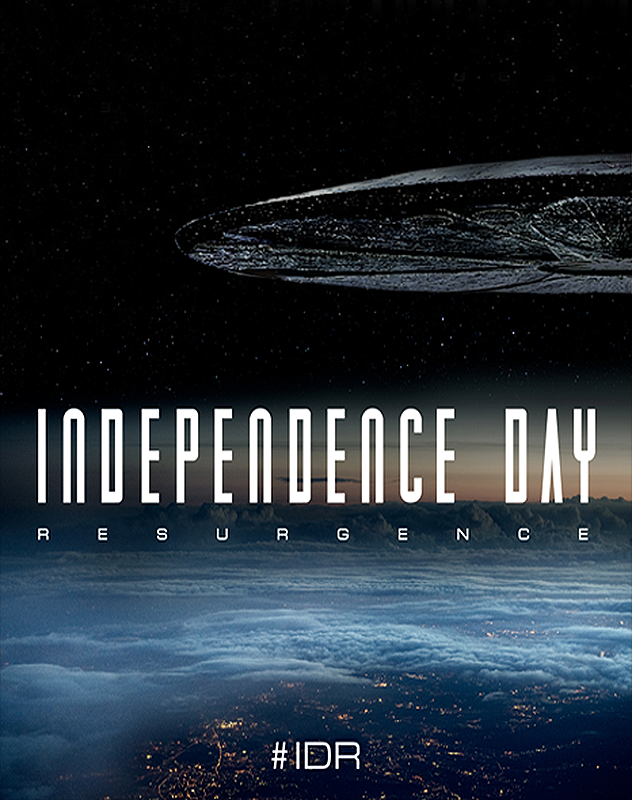 The official trailer for Independence Day 2: Resurgence which is set to be released by 20th Century Fox in June 2016. This film was originally going to be called ID Forever Part 1 which leaves me obviously thinking that this movie could be a 2 part movie but hopefully they decided not to do that with the name change. Personally when I see this movie trailer I get nervous that this will ruin the wonderful iconic first Independence Day.

Many cast members are slated to return with the exception of the major character played by Will Smith. The film has/had a 200 million dollar budget so makes you wonder with all that money why they could not get Will Smith back for this sequel. Maybe he saw a script that he didn’t like?

I will say that Will Smith was in the movie After Earth which came out in 2013 where he played the whole father/son role in a science fiction movie which is why Will Smith is not returning to the new sequel according to film writer & director Roland Emmerich however, his wife and son from the first film are returning so where is he going to be? That is why I do not believe Roland Emmerich on this statement and I really do believe that Will Smith being the grade A actor that he is read this script and said no thank you. This trailer shows a film with over the top CGI which means it will rely mainly on the CGI instead of giving us a good solid script.

Here is the written synopsis from 20th Century Fox:

We always knew they were coming back. After ‘Independence Day’ redefined the event movie genre, the next epic chapter delivers global spectacle on an unimaginable scale. Using recovered alien technology, the nations of Earth have collaborated on an immense defense program to protect the planet. But nothing can prepare us for the aliens’ advanced and unprecedented force. Only the ingenuity of a few brave men and women can bring our world back from the brink of extinction.

For information about some great films as well as an assortment of other topics checkout my blog at: https://jferguson29621.wordpress.com/ or at http://theinfowarwithjoshferguson.blogspot.com/