Human trafficking, a growing issue in the Upstate of South Carolina!

​Human trafficking, a growing issue in the Upstate of South Carolina! Let’s team up to stop this disturbing trend. 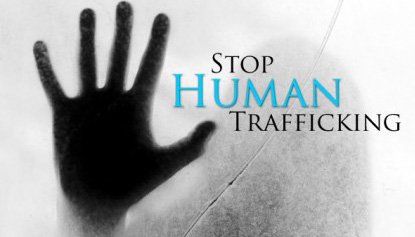 It’s a life no one ever wants to lead, but in Greenville County it’s happening right in your backyard. “Selling people, well that’s something new and inventive and they can make a lot of money doing so,” said the human trafficking investigator with the Greenville County Sheriff’s Office.

The investigator’s identity must remain unknown, due to undercover investigations. “You can sell a drug once and then it’s done…you can sell a person multiple times, over and over again,” he said.

It’s a terrifying thought, young women and men being sold on streets in Greenville, being brought to hotel rooms, and purchased online for sex. “There’s never enough people to work crimes like this and all the, you know narcotics, and everything else that goes on in this type of criminal element,” said the investigator.

He said 19 year-old Dylan Patterson of Spartanburg was recently indicted. He plead guilty in federal court to conspiracy to traffic children by force for the purpose of prostitution. The case involves six other people and is assigned to an assistant U.S. attorney out of the Greenville office.

This week, Richland County investigators found a 15 year-old Spartanburg girl being held captive in a hotel with two other teens from the state being used for sex. “Three teenage girls who were runaways, and just because they were runaways, doesn’t mean that gives anybody the privilege or the right to victimize them like they’ve been victimized, they are victims in this case,” said Sheriff Leon Lott of Richland County.

The investigator said Greenville being in between Charlotte and Atlanta is the reason why trafficking is moving closer to home. “People aren’t necessarily going there as much, because of the amount of competition if you will so they go elsewhere, they’re starting to go to smaller towns… they almost hide in plain sight sometimes.”

The investigator would not disclose a range as to how much the victims and traffickers make for their services, but he said they often take place at hotels and homes, and can be easily arranged online.

He said they are working to combat this issue through a human trafficking task force. Both law enforcement and local non-profits that focus on trafficking attend the meetings monthly.