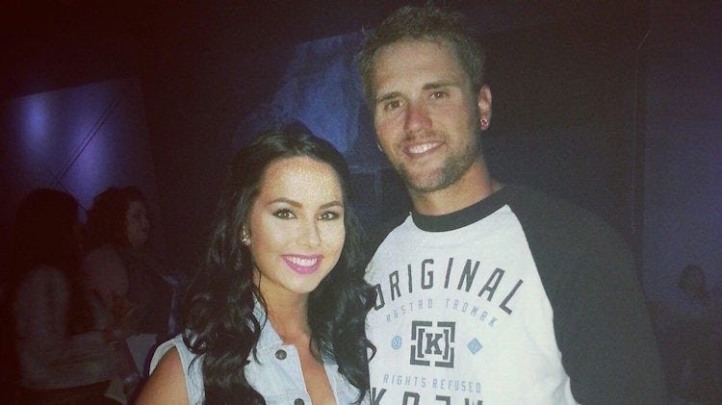 Is Ryan Edwards cheating on Mackenzie Standifer? The Teen Mom OG star is seemingly getting blasted by his ex-girlfriend, Shelby Woods, on Twitter. The former reality star — who dated Ryan back in 2014 — took to the social media platform to share a cryptic message, and redditors are convinced they know who she’s talking about.

“Sometimes I just wanna be like, ‘Hey sis, your husband is still hitting me up.’ Buuuuut then I remember how delusional you are so I don’t waste my time.” Yikes.

Recently, it was reported that Mackenzie is in denial about her husband’s substance abuse issues. Following his arrest last month on charges relating to heroin possession, Mackenzie said everything was “fine” and refused to admit just how serious her husband’s struggle with sobriety has become.

“Mackenzie is in complete abject denial about Ryan’s drug addiction and issues surrounding how very, very serious it truly is,” a source told Us Weekly at the time. “Mackenzie only wants to focus on having his baby and seems to be hoping that this will help him to be inspired to live a clean and sober life.”

Unfortunately, things have only gone from bad to worse between the couple — who revealed they’re expecting last month. During the season finale, Ryan told Mackenzie that he wants to separate while she’s pregnant. He freaked out after the duo had just broken the baby news to Ryan’s parents and his nine-year-old son Bentley — whom he shares with ex Maci Bookout — and said, “I think we just need to separate for nine months.” In a previous episode, he told Mackenzie, “Yeah, call me when [the baby’s] about three.” Here’s to hoping the two can work things out before their son or daughter arrives.